Engaging Board Games for Kids Aged 6+ 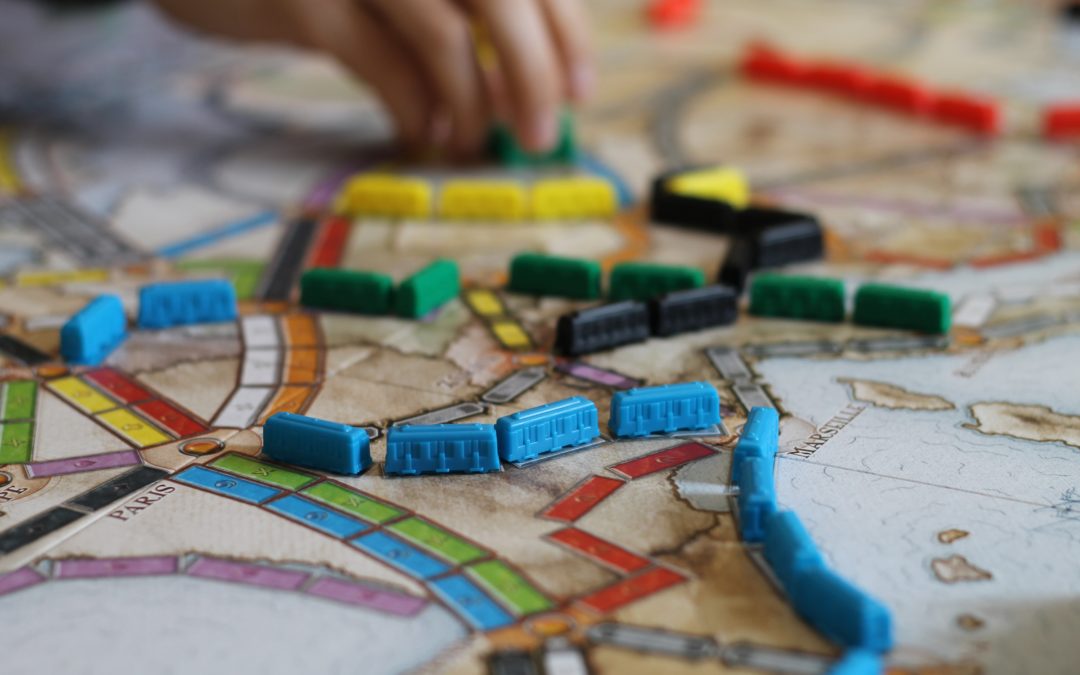 Looking for rainy day summer holiday activities that don’t involve a screen? Then we have collated a list of some of the most recommended and most-played board games for children over the age of 6 that encompass and encourage a range of skills, as well as patience, turn-taking and the art of losing gracefully!

We, of course, have had countless recommendations for the traditional, favourite board games such as Monopoly, Scrabble (in all of its countless variations – there’s bound to be one that meets your child’s interest! I.e. Harry Potter or The London Edition!) Snakes & Ladders, Ludo, Mousetrap, Twister, Kerplunk and Frustration which no doubt are in every family games cupboard!

Similarly, many parents suggested a good old-fashioned game of Top Trumps as a brilliant family/social game to challenge and excite your children, there are endless variations of this available and no doubt seeing how many different variations you can collect is just as fun as the game itself!

Another traditional card game that is a firm favourite with children and adults alike is the classic UNO! A perfect pocket-sized game for the whole family and small enough to take on those long journeys and staycations!

As well as an array of the old classics, we have also received a number of recommendations for some newer, tried and tested board games which your children are bound to love!

Have you ever heard of Downfall?

A great game for critical thinking and problem-solving – perfect for those busy little minds!

Then we have the fast-paced and exciting ‘Game Of Life’ but the Junior Edition is much more exciting than the adult version! Adventures, making choices, collecting stars and seeing how different Actions affect your fate are great life skills to learn in a fun and exciting way!

Looking for a game that encourages co-operative play and teamwork? Well Cahoot could be the game for you – in this game, everyone works together to complete a series of goal cards, but with an added challenge of being limited in what information you can share with your teammates! The perfect game to work on problem solving, teamwork and critical thinking!

Imagine a modern-day ‘Where’s Wally’ board game, then you have Pictureka! Find objects on the tiles to win cards – a lot harder than it sounds!

Light-hearted family fun more your thing? Then ‘Pop Goes The Pig’ is the game for you! Feed the pig juicy hamburgers until he can’t take it anymore! He goes ‘pop’ when he’s had too many and busts his pants with glutton!

Dobble is a game for the more eagle-eyed amongst you; reveal one card, then another. Whoever spots the symbol in common on both cards claims the first card, then another card is revealed for players to search, and so on. Whoever has collected the most cards when the 55-card deck runs out wins!

Who has a Disney fan in the family!? Then the Colour Brain Disney Version will be the perfect game to test their knowledge of all things Disney!

Now you can’t beat a game of Articulate, can you?! And now even better, there is Articulate for Kids! Same game, same rules, but more child friendly, but a little more funny and frantic, with a promise of hours of fun and laughter!

Grabolo was a new one for us but the rules are simple! Two dice, one with colours, the others with symbols. Layout the many pieces and roll the dice – it might be a green tree, a yellow duck, a black pig etc. The first person to see the shape and then GRAB it wins the point. The person with the most pieces at the end wins the game.

On Your Marks is the perfect game for brand enthusiasts – but may be suitable for an older audience perhaps! Secretly note down your 3 favourite brands and collect brands that match the mission cards being readout. Earn one point for each logo, and 5 points if it’s on your secret list! Collect the most points to win the game.

A family favourite; Labyrinth is just as exciting as the other games we’ve mentioned and just as fast-paced as you race to find treasures in the moving maze! Playing is easy, just find the shortest route through the Labyrinth and you’ll be the winner. This game is designed for 2-4 players aged seven years and up, and the aim is to reach all your treasures and targets, using the shortest possible route through the Labyrinth.

But there’s a twist; the structure of the Labyrinth can change at any time as players manipulate the route to either make a path easier for themselves or block that of an opponent.

We’ve saved an old classic until last but Jumanji is still one of the classic board games that get the whole family involved and captivated; in essence, a typical ‘roll to move’ game but with lots of hidden twists and rules along the way!

EDIT: We’ve just bought Ticket to Ride and have been playing non-stop since Christmas.  The rules take a bit of understanding at first, but once you ‘get it’ we think you’ll love it!

Ticket to Ride is a cross-country train adventure game, where the purpose of the game is to score the most points. You do this by claiming routes on the map between beautiful cities and then by completing a continuous route between two cities indicated on your destination cards.

You also get bonus points at the end of the game if you manage the achieve the run of trains! Ticket to Ride is a gorgeous game to look at and is a lot of fun!

Hopefully, this piece has provided you with some new ideas for family games night and will keep your children entertained too – do let us know if you try any of the above and your thoughts! We’d love to hear them!