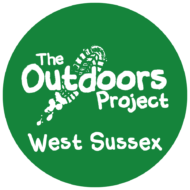 The Outdoors Project - West Sussex
A fresh approach to childcare. Fresh air. Fresh activities. Fresh attitude. Come and join the fun at one of our after school or holiday clubs - what are you waiting for!
This user account status is Approved
About About
Posts Posts
Photos Photos

This user has not added any information to their profile yet.

The Outdoors Project was a concept that grew from becoming increasingly concerned as a father watching my own three children spending too much time in front of screens. Growing up in America with dyslexia and finding classroom time challenging myself, I spent most of my childhood in the wood from dawn til dusk building dens and getting muddy.

It's increasingly difficult as parents to enthuse and encourage children away from the technology which has become such a useful but sometimes consuming part of our lives.

After working for an outdoor children’s charity, several afterschool clubs, teaching rock climbing and bush craft and having worked in the extreme sports industry for almost 9 years, I felt this was a passion that I wanted to pass on.

From small beginnings running activity sessions in parks in Brighton we have now grown to welcoming over a thousand children per week to our clubs and are inspired and motivated by their imaginations.

We have now expanded beyond our Brighton home with successful franchises in Lewes District, East & West Sussex, Bristol and new for 2021 Lincoln with ambitions to expand the business nationwide.

We love what we do and feel that nature can provide reward, health, happiness and adventure so come join us…

See you out there!